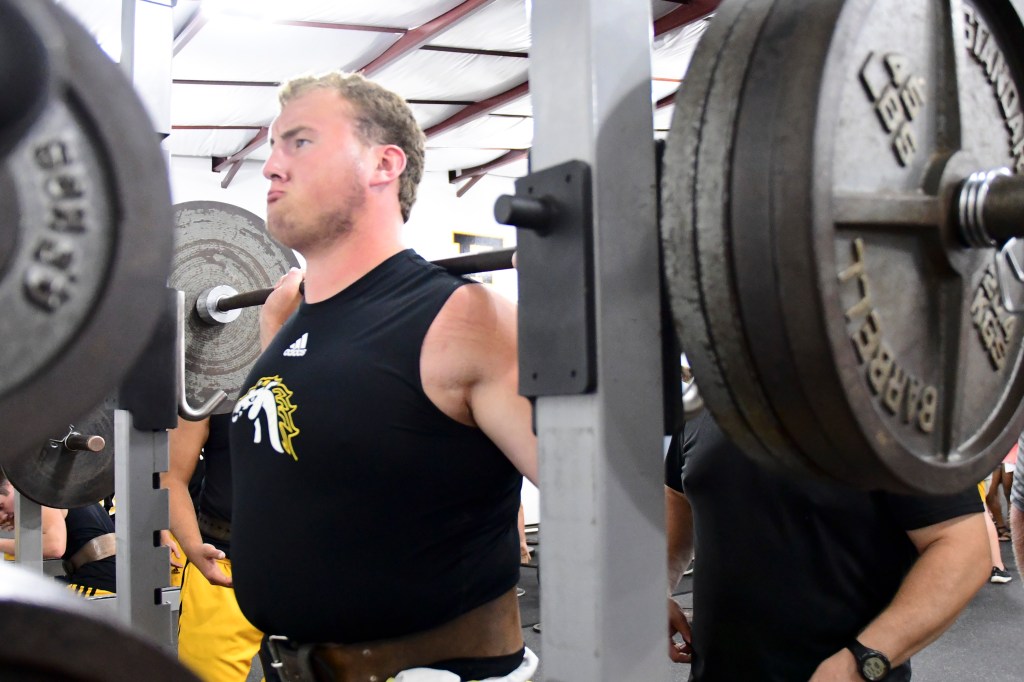 The offers to play college football are beginning to roll in for Isabella junior lineman Brett Johnson.

As of April 9, four schools had officially offered him scholarships.

Those schools included UAB, Air Force, Western Carolina and Samford, with UAB being the first in December 2019.

In recent months, Johnson has also made campus visits to Troy and South Alabama.

With him every step of the way has been his family, who he appreciates for their continued support.

“We talk to a bunch of coaches every day,” Johnson said.

The recruiting process for Johnson has been complex, with interest from multiple schools and the list expected to grow.

“It’s been a fun experience for sure, but also there’s a lot of stress that goes along with it,” Johnson said.

However, the stressful times have not caught Johnson by surprise.

“There’s been a lot of work involved, but if you want something you’re going to have to put in the work to get it,” Johnson said.

According to Johnson, it is a good feel to know that college coaches are interested in adding him to their roster.

There are also other factors besides football that he is considering when choosing a college to attend.

“I want to have a good career choice when I get out of college,” Johnson said. 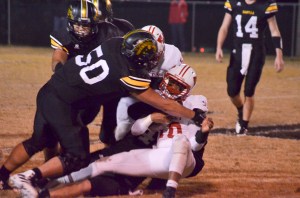 Johnson (No. 50) plays both ways for the Mustangs but will play on either the offensive or defensive line at the college level. (File photo)

Johnson plays along both the offensive and defensive fronts for the Mustangs, and he said that coaches have gone back and forth about which side he might end up on in college.

“Most like me as an offensive lineman,” Johnson said. “I feel comfortable at either guard or tackle. With both positions, you’ve just got to be prepared to hit somebody on every play.”

He started playing competitive football when he was 5 years old, and the physical nature of the sport quickly won him over.

That pure size made him a natural fit along the line of scrimmage, which he eventually transitioned to in junior high. Prior to that he had always played middle linebacker growing up.

According to Johnson, his experience down blocking and pass blocking has improved in recent years with more reps as an offensive lineman.

Isabella is set to return the majority of its offensive line from a year ago, which Johnson believes has the making to be a stout group once again.

“There all pretty good, and we should be pretty darn good come next season,” Johnson said. “I thank my teammates, coaches and the entire Isabella community. I couldn’t be where I’m at without them.”