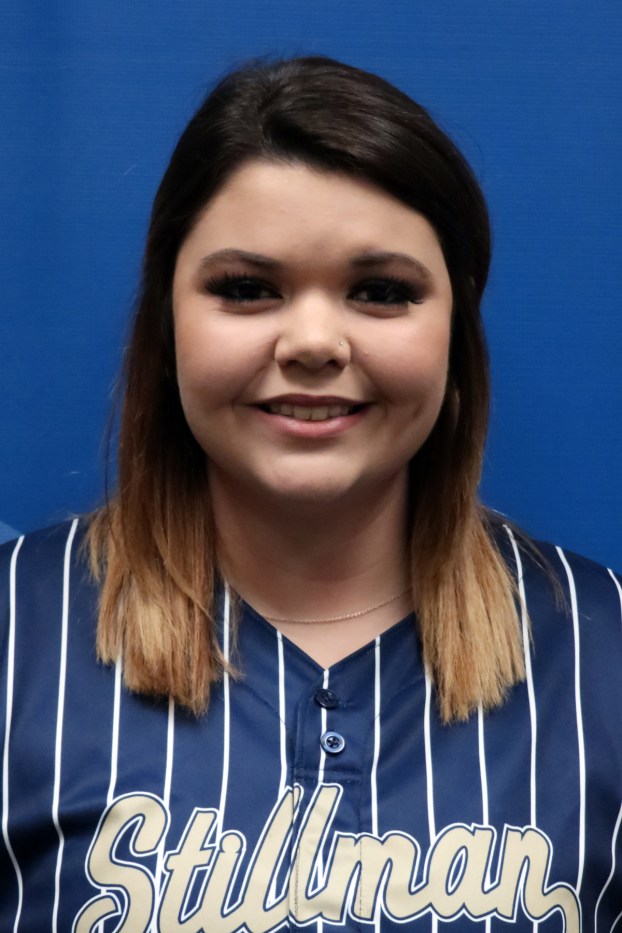 Billingsley alumna and former All-AdvertiserSoftball Player of the Year Katlyn Childress was named the Southern States Athletic Conference Pitcher of the Week.

She plays at Stillman College in Tuscaloosa, where she transferred to after spending two years at Shelton State Community College.

“We are pleased to see Katlyn receive this honor,” Stillman head softball coach Joel Penfield said. “I’m glad we picked her up from Shelton State as a transfer. She works extremely hard, and we expect big things from her.”

Childress earned the top weekly honor after a complete-game shutout, in which she allowed two hits and struck out five en route to a 1-0 victory against Culver Stockton College March 11.

Since Childress’s transfer to Stillman, she has a record of 2-4 and has pitched complete games in five of her six starts.

Her average of 6.4 innings pitched per game was 19th among pitchers in NAIA.

Not only was it Childress’s first such honor since joining Stillman, but it will also mark the last pitcher of the week award handed out this season.

According to a press release, the NAIA has canceled the remainder of all winter and spring sports and championships due to the coronavirus pandemic.

All spring sports student-athletes will not be charged a year of eligibility and will have an additional two semesters of attendance added to their eligibility status.

Stillman finished the season with an 8-6 record.

By BRANDON SUMRALL Special to the Advertiser With concerns rampant over the ifs and buts of what may or may not... read more