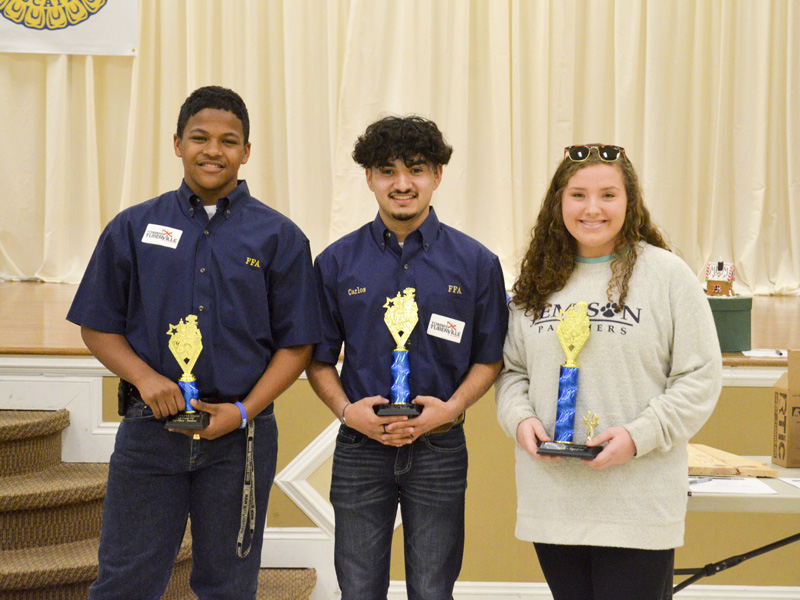 The Jemison FFA’s 2020 Chili cook-off announced a pair of new winners at this year’s event Feb. 8.

It was the first time both Childress and Godwin had entered their specific recipes in a competition.

However, both winning recipes also turned out to be time-tested family traditions of sorts.

According to Childress, her aunt Tina Guin shared the recipe with her after having brought it to the event a year ago but not entering it to be judged.

“It’s so good, that we thought we’d bring it back and this time enter it in the contest,” Terrie Childress, Olivia’s mother, said.

What makes it unique is that it is a white chicken chili, which made it stand out in both appearance and taste from the other chilis.

“It’s a little different and not like the traditional,” Terrie Childress chuckled.

Olivia Childress’s sister is a senior and president of the Jemison FFA and has entered a chili each year but was at a cow show in Mississippi and could not attend the event. 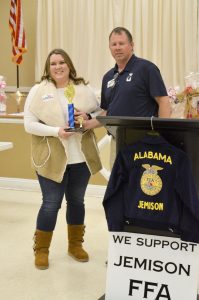 Jessica Godwin receives her trophy as the winner of the adult division. (Photo by Anthony Richards)

“That meant her little sister had to step up,” Terrie Childress said.

According to Olivia Childress, she had been to shows presenting various animals over the years before, but presenting chili to be judged was another experience entirely.

“It’s a lot different, but also similar in that you have to prepare chili [to be judged] just like you would goats,” Olivia Childress said.

In Godwin’s case, she won the adult division with a recipe that had been shared with her by her mother.

“I’m excited to tell her,” Godwin said. “For as long as I can remember, it has been passed down.”

According to Godwin, she was stunned when she heard her named called as the first-place recipient.

“I think it’s actually pretty simple, but it’s about doctoring the spices until it tastes right,” Godwin said.

As with most recipes at the start, trial and error have made Godwin’s chili into what it is today.

“It’s more of the Southern way of a dash of this and a pinch of that,” Godwin said. “There are no specific measurements when it comes to the spices. It’s something that can be tailored to make it as spicy or mild as they want.”

More than 10 chili concoctions were available for tasting at the event.