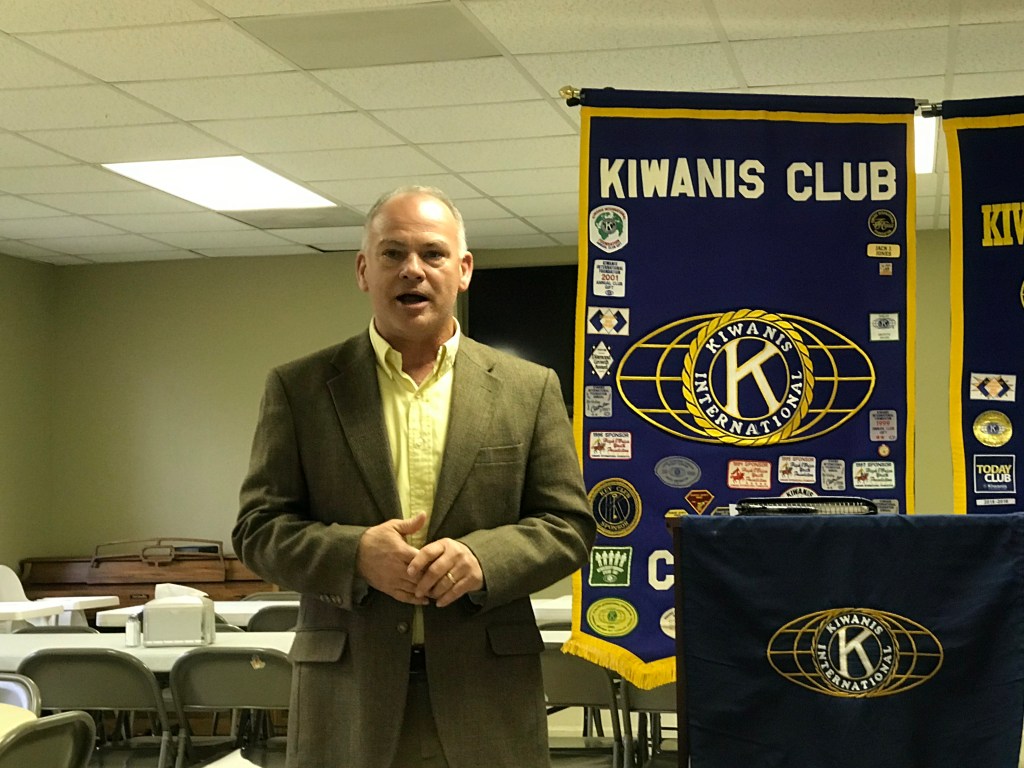 Wearren has been the county engineer for the past 13 years. He originally came to Chilton County while working for Alabama Power. He said for a while he was living in Chilton County but was working out of the county. He said Chilton County was simply a place to sleep and attend church and where his children attended school, but now he has become more invested in the county.

“You see a lot of people having to leave and not having opportunities,” Wearren said.

He said he knows of many young people who have gone off to college and moved away because there were not jobs available in their fields here.

Wearren encouraged those present to look beyond what Chilton County has always been and instead focus on what the county could become for the next generation.

“What are we? What are we going to be?” Wearren said. “Possibly, the time has come to raise our reality.”

Roads are a much discussed and disdained topic in Chilton County. Wearren gave the Kiwanis Club a look at the mechanics of how road improvements are funded. He said some county residents will complain about the condition of the roads they traverse on a daily basis saying that the taxes they pay should take care of the roads.

He explained that traditionally even if a person spent $5,000 a year on gas in Chilton County, which very few people do, they would only be contributing $3 to the Chilton County Road Department.

Additional funding for roads comes to the county through the recently enacted 6 cents increase on the gas tax. Chilton County will receive $540,000 from the Rebuild Alabama Fund created by this tax and an additional $400,000.

This may seem like a lot of money per year, until one knows that it can cost as much as $300,000 per mile to pave a road.

Wearren said the county has 600 miles of paved roads, and keeping them up requires additional funding from the county.

A portion of local property and sales taxes also contributes to the road department budget.

“I thought the Commission was very prudent to add a sales tax that will allow us to do some of the things we wouldn’t be able to do otherwise,” Wearren said.

Even with these additional funds, the county road system is still decades behind what would be ideal. However, Wearren said those thinking about a better future for the county need to be focused on more than just roads.

He said those present could be a part the start to bring positive change to the community but may not get to see plans come fully to realization.

He said change is never easy but urged his audience to look at what was best for the county not just for them personally, so that opportunities can be created for younger people to stay in the county.