Blast from the Past to include more schools 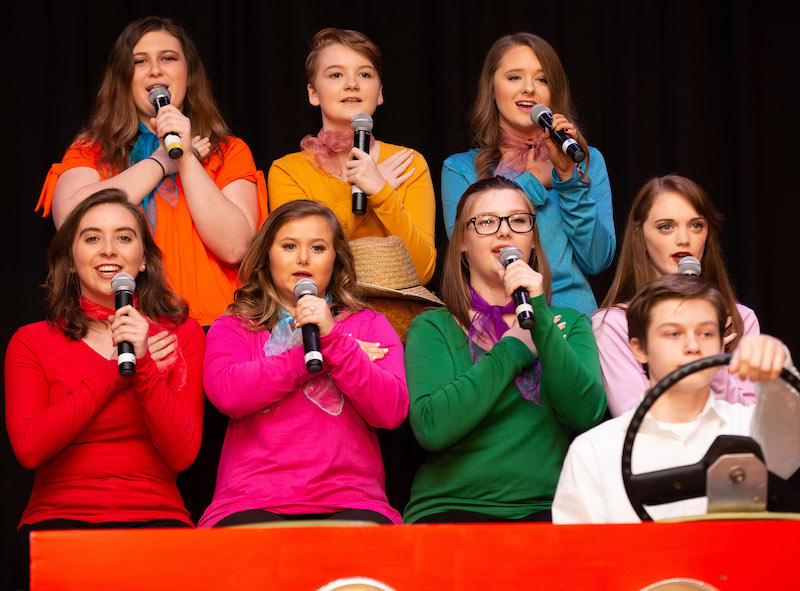 The tradition continues this February, as Blast from the Past returns to the Chilton County High School auditorium.

This year will feature students from not only CCHS but also other high schools in Chilton County Schools for the first time.

Organizers Ricki and Sheri McKee said response from high school students outside of CCHS had been good.

“It’s been amazing,” Ricki said. “All of the kids have bonded, and practice has been a lot of fun. I think we have a lot of talent for the show this year.”

Sheri McKee said there are 17 students from high schools other than CCHS that are participating this year.

“It has really been nice getting to work with kids from all over the county,” Sheri McKee said.

There are about 106 students from CCHS participating.

“We have some from every school,” she said.

The opportunity was open to Chilton County Schools students in ninth through 12th grades.

“We went around to each of the schools and met with anybody that was interested and explained to them how it worked, and they would sign up,” Sheri McKee said. “We had a lot more sign up than wound up participating. I think part of the challenge is the travel because all of the practices are still here at Chilton County High School, so they had to get to Clanton for practices.”

She said it is usual to have some students back out during the first week of practice.

The program itself will remain largely the same, featuring select popular songs spanning from the 1950s to the year 2001.

“We always try to make it a good mix, so that both the grandparents and the parents will enjoy it,” Sheri McKee said.

The music must also be able to be good to dance to.

“We don’t do a lot of slow songs,” Sheri McKee said.

The songs are chosen by Ricki McKee based on vocal talent of students he knows will be returning from the previous year as well as what would be good for students new to the program.

Sheri McKee said other days will be posted on the Blast from the Past Facebook page.

Tickets will be on sale during the school day in the auditorium lobby during the week of the performance.

The performance is still a fundraiser for Chilton County Schools. This year’s funds will go toward the purchase of a new sound system for the auditorium.