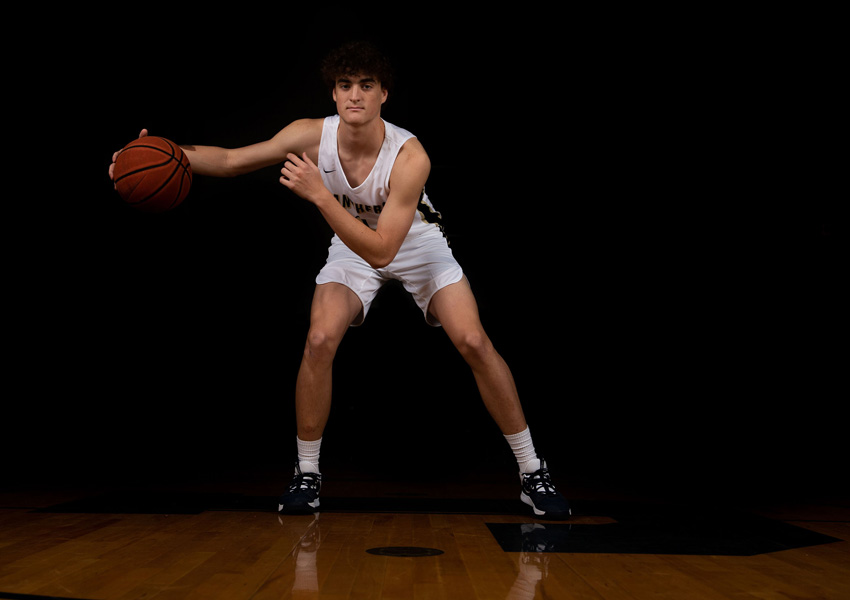 Jemison’s Nathan Johns used the offseason to focus on progressing as a player, and he hopes to help the Panthers rediscover their winning ways as a result. (Photo by Brandon Sumrall/Special)

The Jemison Panthers have shown progress in the early part of the 2019-2020 season.

Jemison enters this year’s county tournament with two wins, which is a better than the winless mark at this point last year.

Although the Panthers are still a relatively young group, they have continued to make strides of progression.

Nathan Johns is one who continues to put in the work required to showcase his potential.

During the summer, he competed for the Hawks Elite travel team as part of AAU (Amateur Athletic Union) basketball. It was the first time Johns had done so.

He enjoyed the experience and has credited it for allowing him to help Jemison continue to improve.

As part of a travel team, Johns had the opportunity during the summer to play games in Georgia, Missouri, South Carolina and Tennessee.

“You usually get about six to eight games in during a tournament,” Johns said. “It was fun atmospheres to be a part of.” 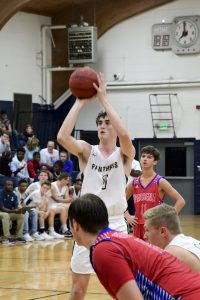 At 6 feet, 6 inches tall, Johns presents a matchup problem as someone who can score around the rim and with his jump shot.

“I’ve really tried to work on my post moves down low,” Johns said. “I also worked throughout the summer to get bigger, so that I can move around a little easier down low. It’s all about getting the high-percentage shots.”

Playing more comfortably with his back to the basket is something he thinks will take his game to the next level.

Becoming a better post player does not just mean improvement in the scoring department but also at the defensive end.

“I’ve worked on moving my feet and just being quicker,” Johns said. “It’s important to get wide and box people out.”

With that, Johns hopes to also rise up the Jemison program back to being a consistent playoff contender year in and year out.

“Much of those younger kids have grown up, and we also have some seniors who are back,” Johns said.

Point guard Harrison Hilyer is one of the young guns that Johns has seen grow from last year, while Jonathan Lowery and Daniel Martin are a pair of key seniors.

According to Johns, having Lowery as an added post presence has allowed his game to open up by allowing him to step out and take some 3-pointers when the defense allows it.

Although Johns is just a junior, he has been around the varsity program for a while now, since he was a freshman, which gives him a platform to be a team leader.

He believes his leadership role is something continually developing, and he is anxious to see how it evolves moving forward.

Pierce to pitch for Coastal Alabama