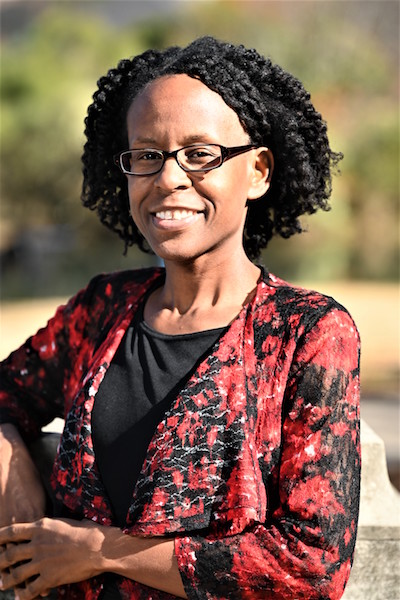 Anika Chrishon turned her marriage story into an inspirational book to help other women. (Contributed)

Anika Chrishon, who lives in Autauga County and attends Clanton Seventh-day Adventist Church, has released “FIGHT for Your Marriage,” a book about preserving and restoring marriage. She uses FIGHT as an acrostic of advice to help through marriage struggles.

Prayer and the promises of the Bible are keys, Chrishon said.

Her goal for the book is that people see that the divorce is not the only option.

“When we find ourselves in these difficult situations … it is really good to have somebody that has been there that can help you and encourage you when you go through a tough time,” Chrishon said. “That is what I am trying to do.”

Her book is lessons she learned while facing here own marriage struggles. Chrishon said she got married in 1999 but a year in to the marriage her husband left.

“I was really left by myself, alone and confused and brokenhearted, but along the way I met some women, and they encouraged me,” Chrishon said.

This group of women shared their “own marriage testimonies,” Chrishon said.

“They encouraged me to pray for my husband as someone whose life was headed in a bad direction,” Chrishon said.

She was also praying that God would bring them back together. Chrishon said these women gave her hope.

“Four years later, he came back,” Chrishon said. “He apologized for his actions of the past his behavior and the way he acted, and we got back together.”

They are still married to this day.

In 2018, Chrishon began thinking about turning her testimony into a book.

She said she wanted to be able to give women “some practical things that they can do in their own situations.”

Chrishon said she hopes her testimony will be an encouragement to others.

In writing the book, she had a group of women to review it and give feedback.

“I thought instead of just telling them, why don’t I put them in book form, so that it could be something that someone can pick up and read it?” Chrishon said. “… So that they can have hope that what God did for me, he can do for them.”

The book or audiobook can be purchased at fightforyourmarriagetoday.com. For a limited time, the book is available for free through the website. (Shipping would be charged.) The website also features additional resources.

The book is available on Amazon under the title “FIGHT for Your Marriage: Practical, Biblical Help for Restoring Broken Marriages” by Anika Barnes Chrishon for $12.95. A Kindle version is also available.