Cancer event surpasses funds from a year ago 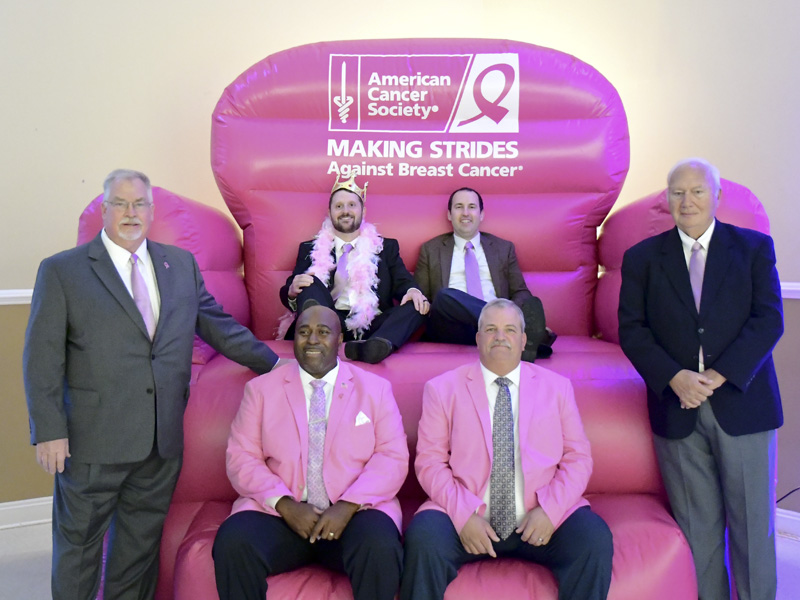 The American Cancer Society hosted its annual Real Men Wear Pink Banquet on Nov. 7 in Jemison and surpassed its funds raised from a year ago.

According to Frederick, about $14,000 had been raised prior to the silent auction taking place. That was already more than $2,000 more than last year.

“We exceeded last year, which is always our goal because that’s just more money that can go toward breast cancer research,” Frederick said.

Local business owner Jason Lea was recognized for raising the most money of the six participants in this year’s event. He raised about $4,000.

As the winner, Lea was awarded with a plastic crown placed on his head and a pink feather boa wrapped around his neck.

Lea owns Neighborhood Grill in Clanton and was able to use his business as a platform to raise funds while also spreading the word of breast cancer awareness.

“It’s sort of like cheating,” Lea chuckled. “Because I was able to utilize a staff of 60 people and almost all of them helped in some fashion.” 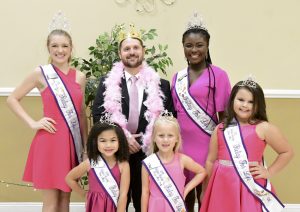 The contributions of both time and effort from the Neighborhood Grill staff was not forgotten by Lea, who took the time to thank them during his speech and any other chance he could.

Lea had been asked several times by people if he would be interested in joining the fundraiser efforts, and he thought it would be the right time.

“I kind of have a rule that if something seems so obvious, I’m just going to assume that God wanted me to do it,” Lea said.

It was only Frederick’s first year helping in the operations of the event, but she sees its potential to continue to grow into a successful tradition.

“It’s definitely been a big thing for the community, and I feel like the more we get involved even more people will hear about it,” Frederick said. “What’s also great is that the people in this community have so many resources right down the road in Birmingham at the American Cancer Society headquarters, but so many people still don’t know about them.”

One of the initiatives available that many people are still unaware of is the hotline that is available 24/7 for anyone who has questions about their form of cancer.

“It helps them know that they’re not alone,” Frederick said. “We really don’t want to lose anyone more to cancer.”

According to the American Cancer Society, an estimated 4,940 women will be diagnosed with cancer in Alabama during the coming year.

However, the cancer rate has also gone down 27% over the past 30 years, which Frederick believes is a positive sign for the future.

Lea prompted anyone who has thought about taking part in the Real Men Wear Pink initiative to get involved.

“Just jump on board,” Lea said. “Even if you’re not accustomed to necessarily raising money, there are all sorts of creative ways. People are generous, and they want opportunities to be generous.”