BHS no longer perfect in region 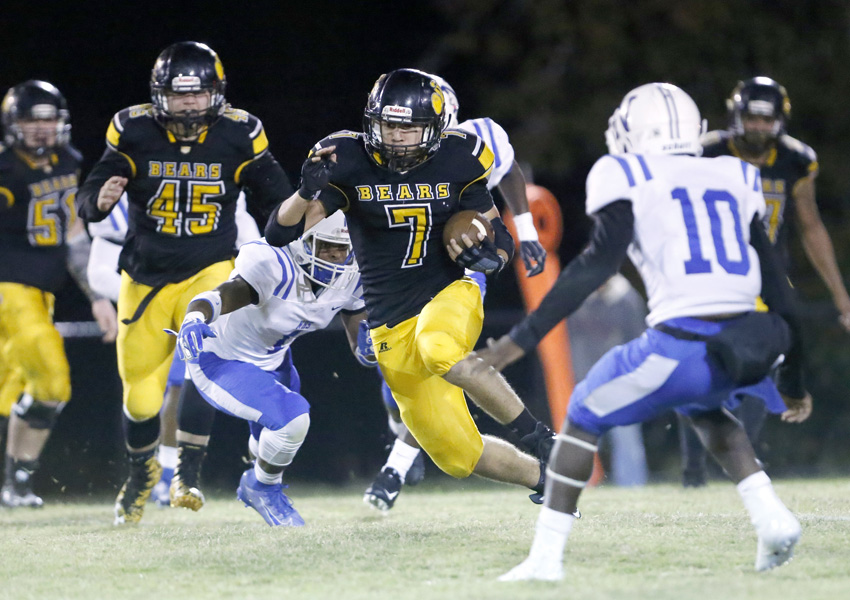 Homecoming 2019 turned bittersweet for Billingsley on Oct. 18, as the Bears suffered a 37-14 defeat at home to the Notasulga Blue Devils.

The contest not only put a damper on the homecoming festivities, but also knock the Bears from atop the regional standings.

Billingsley would start the night’s contest with possession, but after a couple of nice runs by Brisen Tatum, would see its opening drive stall at its own 45-yard line.

Billingsley head coach Phillip Coggins elected to try a fake punt that would fall incomplete and turn the ball over to the Blue Devils.

Seven plays later, Notasulga would put the first points of the night on the board thanks to a 9-yard touchdown run by Daryl Brown to make it a 6-0 Blue Devil lead still early in the first quarter.

A 25-yard scamper by BHS starting quarterback Brisen Tatum on the Bears ensuing possession would move them down inside the Blue Devils’ 40, where their second drive of the evening would stall on a fourth and 18 at the Notasulga 43.

The remainder of the first quarter would come and go with no change in the score, while the Blue Devils would tack on another touchdown midway through the second quarter. 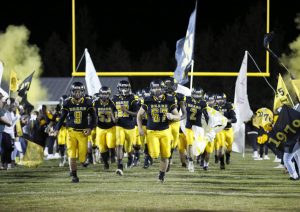 The Billingsley Bears take the field on homecoming night. (Photo by Brandon Sumrall/Special)

With the Bears trailing at the half 14-0, Tori Hilyer was crowned Billingsley High School homecoming queen and would be rewarded by seeing her team put points on the board with their opening drive of the second half, as Jontavies Todd would cap a 74-yard scoring drive that made it a 14-7 Blue Devil lead late in the third quarter.

However, Notasugla would answer with another touchdown of their own as a 75-yard scoring drive by the Blue Devils was capped off with a 4-yard touchdown carry that put Notasulga out in front 21-7 late in the third quarter.

Trailing by two scores, the Bears would go to work at their own 20-yard line where a pair of big runs by Tatum and Taylor Arington would move Billingsley out near midfield.

A pass across the middle from Tatum to Eli Cobern would see the Bears move inside the Blue Devils red zone where two plays later Tatum would go in from five yards out to make it a 21-14 Notasulga lead with 7:35 remaining.

The seven point Billingsley deficit would be short lived however, as a 49-yard scamper put Notasulga down inside the red zone where three plays later, they made it a 28-14 contest with just 5:56 to play.

The ensuing Billingsley possession would start deep in its own territory, where a penalty along with a big loss, would see a third and 18 at their own 10-yard line bring about an intentional grounding penalty that would make it a 30-14 Blue Devil lead with 3:30 to play.

The ensuing onside kick would be covered by Notasulga and would result in a short field as the Blue Devils capped off a 39-yard scoring drive on a 6-yard touchdown with 1:17 to play that brought the game to its final score of 37-14.

Arington led the Billingsley ground game with 148 yards on 25 carries.