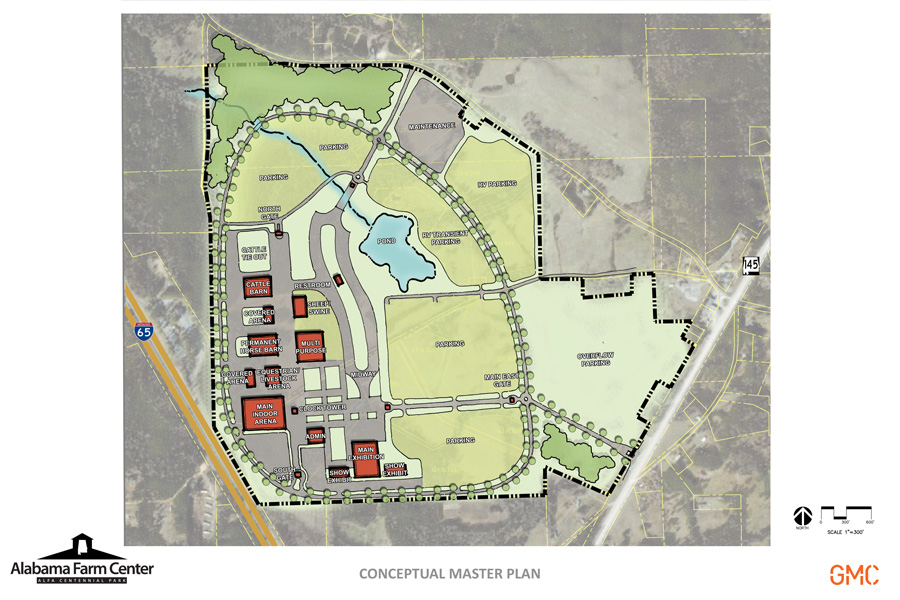 The most recent Chilton County Industrial Development Board meeting on Sept. 19 focused on the things learned following trips to the Georgia National Fairgrounds and Agriculture Center in Perry, Georgia and Fonner Park in Grand Island, Nebraska.

One of the primary things learned from the trips is that there needs to be retail availability within walking distance of the Alabama Farm Center, which was something that neither facilities in Perry or Grand Island had.

More transportation options and recreation opportunities for children and families within the confines of the facility was also lacking at both stops.

Something to think about adopting at the farm center is a designated area similar to one at Fonner Park that details the history of Nebraska agriculture.

The historical exhibit is open all year long and hosts student field trips when there are not events scheduled.

A definite positive at the Georgia National Fairgrounds is a clock tower that stood tall above the complex.

Not only was the clock tower a recognizable structure for the park, but it also offered people a descriptive landmark that could be spotted from anywhere on the grounds to help to give them a navigational guide.

Robbin Gregory with Gonzalez-Strength & Associates, Inc. provided an update of the topographic analysis performed at the proposed site of the farm center.

According to Gregory, the land in and around the proposed farm center is relatively flat and “highly developable.”

There is a lake on the property where the farm center would be built that Gregory would like to incorporate into the site layout in some way.

Using the natural features that exist if possible is a common practice.

“We try to work with the site, instead of working against nature,” Gregory said.

He also projects that the triangular parcel of land across from the Chevron at Exit 212 has the makings for good retail potential.

“We’re still getting a market research, which is going to come in and define how much retail, how many hotel rooms and the different land uses,” Gregory said.

According to Chilton County IDB Director Whitney Barlow, an environmental assessment is currently going on in conjunction with the land where the farm center is planned to be built, which means no dirt can be moved on the property until the study is completed.

Barlow optimistically expects the study to be wrapping up around January.

One of the public questions fielded during the meeting pertained to the farm center’s emergency plan in the case of a disaster.

The Chilton County Sheriff’s Office and other local emergency departments have made their own trips to the Georgia National Fairgrounds.

During those trips, they met with the police and fire officials in those areas to gather ideas and are in the midst of devising an emergency plan for the farm center and Exit 212 corridor.

“The next couple of steps, you will really be watching the recipe come together,” Barlow said.

Local man charged with rape, sexual abuse of a…