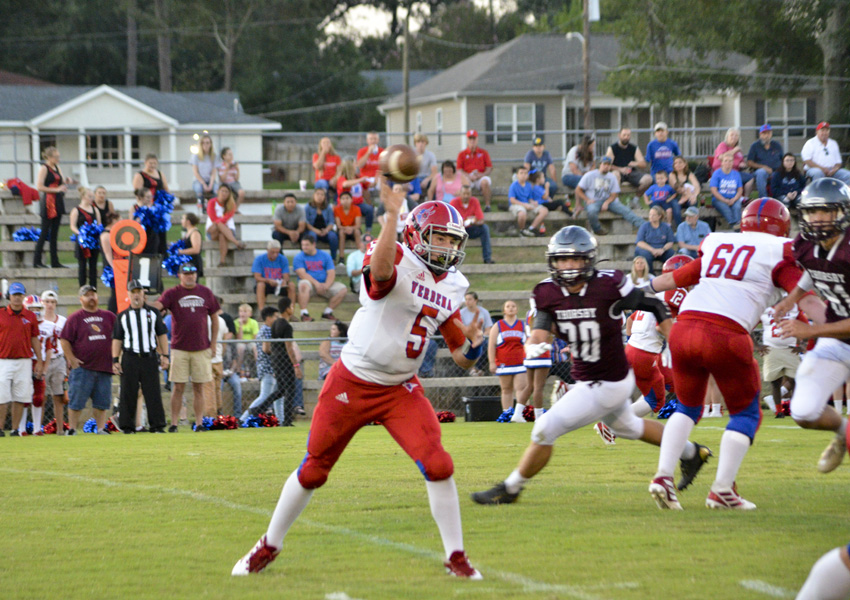 Jared Quinn throws a pass against Thorsby on Aug. 30. (Photo by Anthony Richards)

Wins have been hard to come by for Verbena in recent years, but a recent addition to the 2019 schedule gives them one more opportunity to get the job done.

The Red Devils recently filled an open date on Sept. 6 with a home contest against Ellwood Christian.

Ellwood Christian has faced similar struggles of late just like Verbena. The Eagles have not won a game since a three-win season in 2015.

This should give Verbena a prime chance to get in the win column and start building upon the positive momentum that has seemingly been taking place since Josh Robinson took over as head coach during the summer. 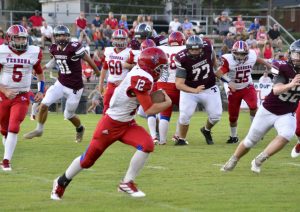 Last week, Verbena opened up the regular season at Thorsby and showed some progress by scoring 16 points against the Rebels.

Although those points came against reserves, it already matches the most points Verbena scored in a game last season. However, it was not until Week 9 when the mark was hit a year ago.

Freshman Jared Quinn got the start against Thorsby, while Nathanial Morris was looking for running room as a member of the backfield.

The game will also serve as Verbena’s home opener and the first time the new bleachers will be tested out by the community.