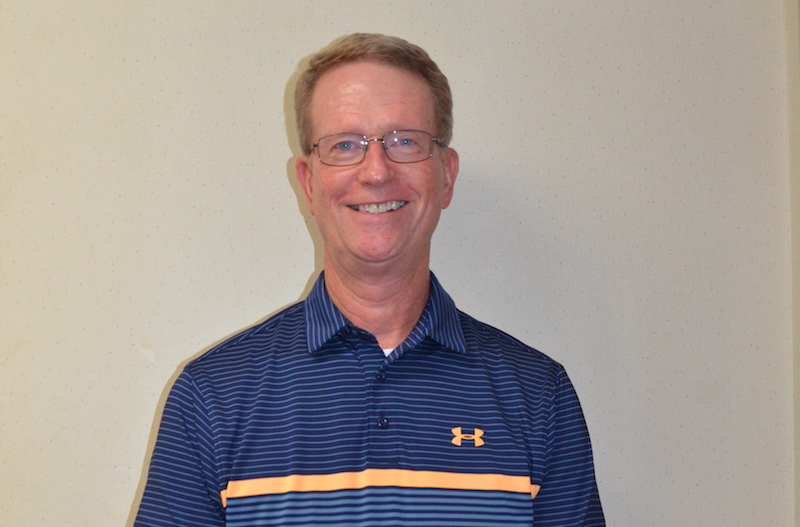 Cutline Dr. W.R. (Bill) Martin Jr. is retiring this month after 40 years of being a dentist in Maplesville. (JOYANNA LOVE/ ADVERTISER)

Maplesville dentist Dr. W.R. (Bill) Martin Jr. is retiring this month after 40 years of offering services to the community.

“It wasn’t until recently that I even started contemplating retirement,” Martin said.

He has thought and prayed about this decision for the past few years. He said his age, the many years of experience and having a grandchild locally were some of the contributing factors to his decision.

“It is not a decision I made overnight, but when it was time, I said ‘OK,’” Martin said.

Martin said he plans to travel to see his son and his family in Indiana more, spend time with local family and “maybe do a little traveling.”

Martin and his wife Karen are Auburn football season ticket holders and will continue to attend games as they have for the past 25 years.

Karen Martin has worked as the dental office’s bookkeeper for about the past 30 years and as office manager for 25 years. She is also retiring.

“This decision was not an easy decision,” W.R. Martin said. “You always hear of something being bittersweet — that’s how I feel about retiring and leaving here. I have enjoyed the people I am going to miss visiting with them and providing the care for them. So, in that way it is difficult, but at the same time I am looking forward to what’s ahead with Karen and our family.”

Martin said his schedule had been such throughout his career that he has been able to spend time with his family throughout it, including coaching both of his sons in baseball.

W.R. Martin initially began as a dentist in the area with the National Health Service Corps.

“What that organization did was place physicians and dentists in underserved areas,” Martin said. “This area qualified for a physician and a dentist.”

Martin had heard about the National Health Service Corps during his junior year of dental school.

“I had hopes of being matched with Maplesville when I graduated,” Martin said.

A Plantersville native, Martin was able to move back in 1980 because of working in Maplesville.

Martin said he has enjoyed the people who have been his patients over the years.

“Many of them I consider friends,” Martin said. “… It was just like a big family.”

He moved to the current location in 1982 with a physician in one half of the building and Martin in the other into the ’90s.

In 1984, the National Health Service Corps gave him the opportunity to buy out the practice, which he did.

Much of the equipment used in dentistry has change during Martin’s career. He said the biggest change was in how quickly composite for filling cavities dries and all of the options that are now available.

“Another big change came with taking X-rays,” Martin said. “I’ve always done it the old-school way. When digital X-rays came into being and became popular, a lot of practices went to digital X-rays. I never did. I stuck with what I was familiar with.”

A variety of advancements have also been made in the materials used.

“There are a lot of improvements that have been made,” Martin said.

Growing up, Martin was interested in a career in a healthcare field.

“My dad’s father was a physician, a country doctor in Plantersville for 50 years,” Martin said.

Martin does not remember him because the doctor died when Martin was 4 years old. However, many of his patient’s when Martin first started had been patients of his dad’s father.

“He had a brother that was a dentist,” Martin said.

Martin became good friends with the family’s dentist in Selma.

Martin completed his bachelor’s degree at Auburn University where a faculty member Dr. Greer from the UAB dental school came to talk to the pre-dentistry students.

“He was very encouraging to me,” Martin said. “He told me what I needed to do to get accepted.”

Martin lives in Plantersville and said he has not yet decided what to do with the building where his dental practice has been. Right now, he is in the cleaning out phase.

Martin and Maplesville Dr. Lucille Collins who is retiring in September will be honored at a retirement reception at the Maplesville Public Library on Aug. 12 from 5-6 p.m.