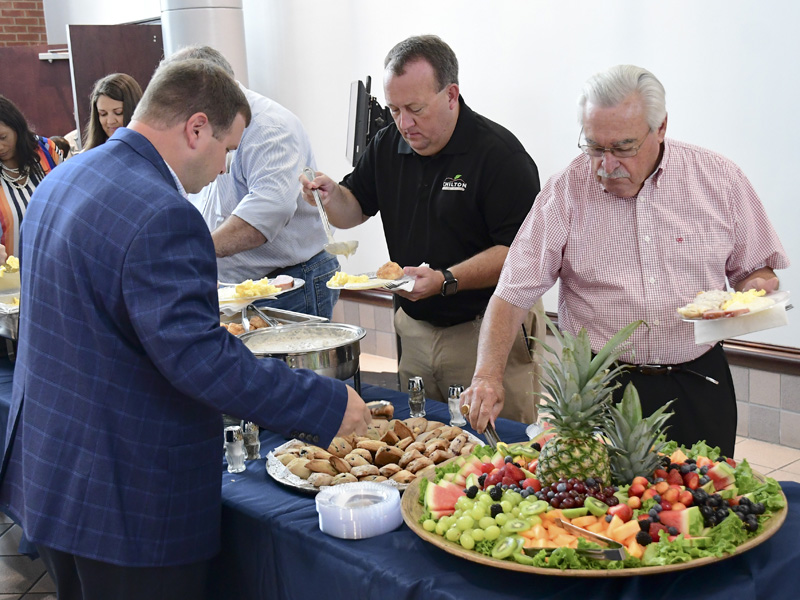 Kristin Scroggin with genWHY Communication Strategies was the guest speaker and covered the topic of dealing with generational diversity within the workplace.

“I basically go in and drop bombs on people to create awareness that they had not previously had,” Scroggin said. “Most people have a 10-year plan for their company but are not including sustainability as far as age wise.”

According to Scroggin, it is vital for businesses to understand that if they do not do anything to change the current path, it could be a “time bomb”.

“It’s important for them to understand how this applies in their workplace because a lot of conflict is happening between the [Baby] Boomers and the GenXers,” Scroggin said. “The more that they know, the better off they’ll be.”

A common question Scroggin receives centers around the next step for businesses to take in the process.

“It really comes down to the idea of attracting [employees] and what recruitment strategies are being used,” Scroggin said.

The breakfast was a way for the IDB Board to show that recruiting new businesses to Chilton County is only part of what they do, but a large portion of that focuses on the businesses that already exist.

Events to recognize existing business are planned to take place quarterly throughout the year moving forward.

“Our goal was to try to get people in the room to start communicating with each other to build those relationships,” IDB Director Whitney Barlow said. “I think it was pretty successful today.”

Including local educators is something unique Barlow wants to make a permanent fixture at the events.

“One of the issues I’ve heard is that there is not a really strong bridge between what the needs are of the existing industries and how our local education system can start addressing those needs,” Barlow said.

Barlow was fully aware when helping devise the idea for the event that running a business or a school is highly time consuming and it can be a difficult task to get everyone in a room for discussion at the same time.

She was pleased to see people’s interest had been peaked, which resulted in such a large turnout for the first event.