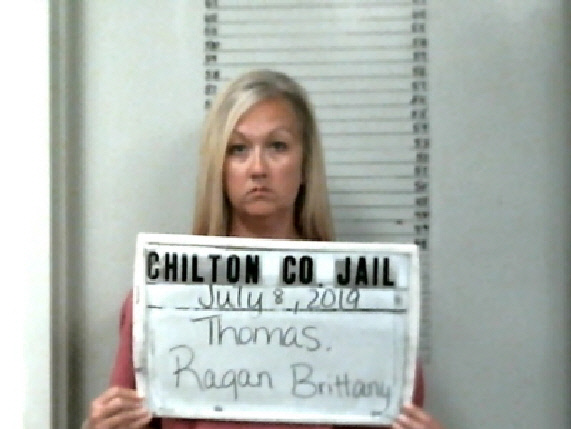 Ragan Brittany Thomas, 34, was indicted by a grand jury on a count of identity theft and second-degree possession of a forged instrument. (CCSO)

A Chilton County grand jury has determined there is enough probable cause to indict Ragan Brittany Thomas, 34. She has been charged with identity theft, a Class B felony, and second-degree possession of a forged instrument, a Class C felony.

According to Chief Deputy District Attorney C.J. Robinson, the case was a direct present to the grand jury, meaning there was no arrest ahead of the court date.

“The grand jury heard the evidence and decided there was probable cause to go forward with the case,” he said.

Robinson said the victim in the case is Thomas’s husband.

“They were going through a divorce at the time of the alleged crime,” he said. “A business transaction went into dispute.”

Thomas was arrested by the Chilton County Sheriff’s Office on July 8 after the indictment, according to online records.