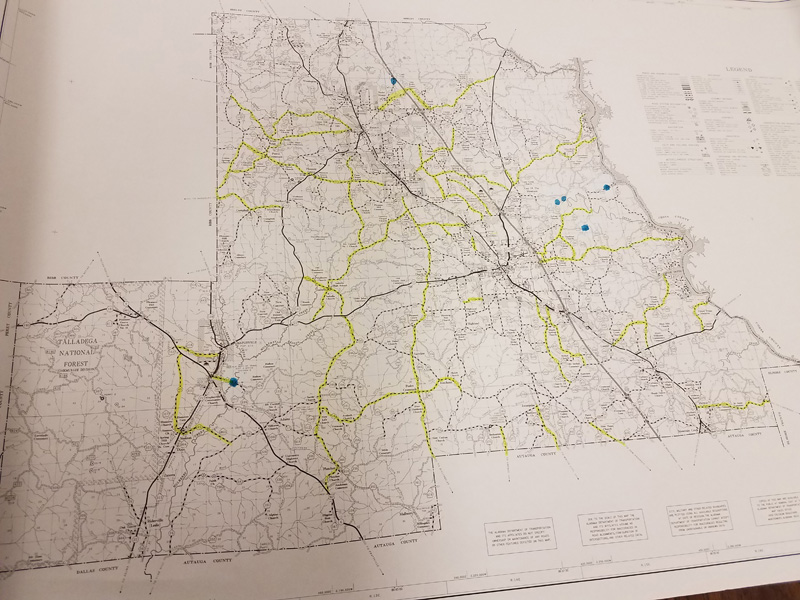 Three hundred miles of county roads could be improved over the next decade with Allen Caton’s idea for a 10-30-300 road and bridge plan. (Photo by Anthony Richards)

Commissioner Allen Caton recently offered up the idea for his 10-30-300 road and bridge plan during a recent work session.

“This is a starting point to get an open dialogue,” Caton said.

At the moment, the plan is just an idea that Caton has been thinking about for awhile and decided it was time to present it to his fellow commissioners to get their opinion.

The proposed project would include some widening, leveling and overlay to 300 miles of roads throughout the county.

It is the latest attempt to help improve the shape of the roadways in Chilton County.

According to Caton, the proposal is a long-term plan that would be gradually completed over a decade.

As a result, the estimated $30 million cost of the project would also be paid over time.

“My goal is to pay as we go,” Caton said. “Whenever you borrow money, your profit pays the interest off.”

Some of the initial questions from commissioners after hearing of the idea pertained to whether or not the increasing price of asphalt was factored during the creation of the plan.

Caton reassured them that the rising price was considered.

“I want to dig into this at a work session coming up,” Commission chairman Joseph Parnell said.