CPD looking for suspect in string of car break-ins 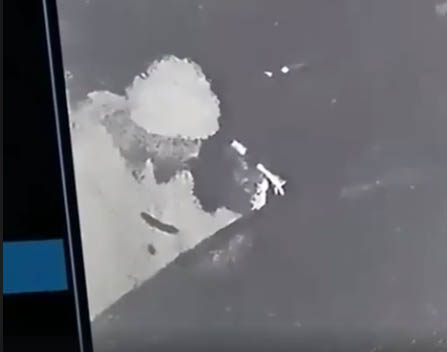 The suspect was captured in the act on home video surveillance. This photo is a capture taken from the video. (CONTRIBUTED)

The Clanton Police Department is working to identify a suspect behind a string of vehicle break-ins that occurred during the early morning hours of May 21.

According to Capt. David Clackley, the suspect appears to be a black male. He was spotted on home video surveillance in the act of removing items from vehicles parked in one of the neighborhoods.

“To have this many (break-ins) this close together is an anomaly for around here,” Clackley said. “We don’t typically have that many. We have had a few here and there, and typically we have a pretty good idea who they are and wind up catching them pretty quick. With this one, it came out of nowhere.”

Most of the vehicles that were involved were left unlocked, while one had a window broken out.

The incident occurred in the Wallwood Estates subdivision as well as in the residential area around Poplar Spring Road in Clanton.

There have been no reported break-ins in Clanton since that night.

“There was a rash of break-ins one night, and then it quit,” Clackley said. “We are fairly confident the person is not necessarily from our area. Sometimes we have had people from Montgomery and Birmingham come here and break into cars. We can’t rule out it was someone local, though. For them to go through that many cars in one neighborhood, whoever it was that was their purpose that night.”

Clackley said in his experience criminals looking to break into vehicles will target subdivisions where there are multiple targets in close proximity.

“Typically, they will pick a neighborhood and drop somebody out to walk around while the other drives around, they will get what they can and get gone,” he said.

Clackley said the best defense against a vehicle break-in is to lock all doors and to not leave anything valuable in the car, especially if it is visible.

“We had one firearm that was stolen,” he said. “We have video of the guy carrying another firearm, but we don’t have a report on it, so we don’t know where he got it. He also got some money and some other small items.”

Scaling Back: Sanctuary owner downsizing to focus on health