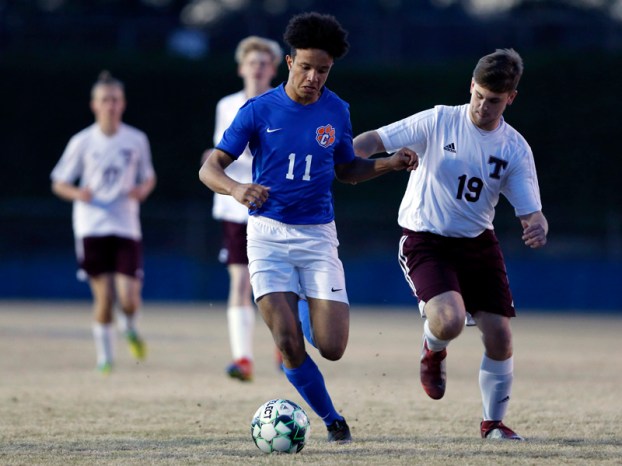 Column: Soccer has long-lasting potential in the county

Soccer is back at the high school level in Chilton County, and that is nothing but a positive thing.

Chilton County High School won their season opener 13-3 against Thomasville, and I was glad that I was there to see the program get started in such grand fashion.

It is great anytime one of the county schools can add a sport to its athletic department.

With more sports come more opportunities for students looking to try their hand in the athletic arena.

Certain sports appeal to certain people, which mean that the more sports there are the higher probability there is of increasing the number of students looking to get involved.

Soccer is a growing sport in Chilton County thanks in large part to the youth program at the YMCA.

The program’s numbers have continued to grow in recent years, and children are growing up around the game as a result.

The interest at the youth level makes me believe that soccer is something that can work in Chilton County, and the base for long-lasting success has already been established.

There has been talk of a soccer team following in the high school’s footsteps and starting at Clanton Middle School in the future.

The middle school team would allow those in the youth program to continue their passion for soccer as they move through school.

I have heard that Jemison and CCHS have both had soccer teams in the past, but that has not been the case for several years now.

One of the most positive signs for soccer’s sustainability in the county is CCHS’ plan to create varsity boys and girls teams and not have just one co-ed squad.

The fact that there was enough interest from both boys and girls that two separate teams were needed is very promising.

There remains a lot of unknowns, especially since the program is only one game into its 2019 season, but there is also no doubt that the potential is there for something very permanent.