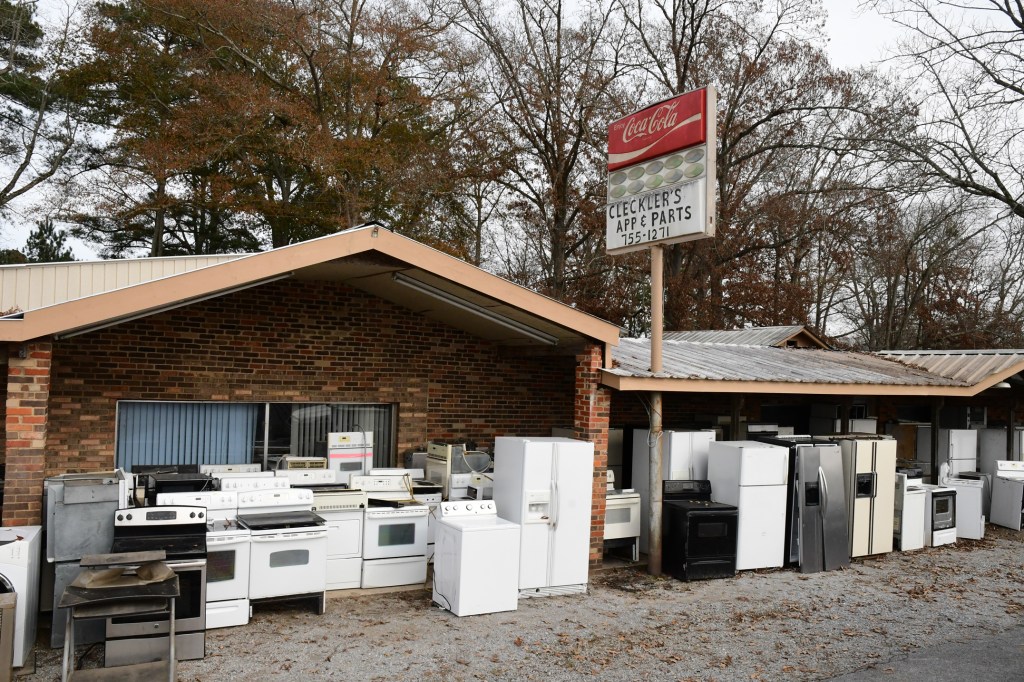 Two people in Clanton were arrested and sentenced to serve 30 days in jail on Dec. 11 for failure to comply with a city ordinance prohibiting clutter and debris on property inside the city limits.

Randy Cleckler, 64, and his 89-year-old mother Odean Cleckler, were sentenced by Clanton municipal judge Hollis Jackson III after Randy Cleckler failed to clean up the property around his business, Cleckler’s Appliances & Parts, within the timeframe allotted by the court.

According to Clanton Mayor Billy Joe Driver, Odean Cleckler “got caught in the web” because she owns the property the business is located at, which Randy runs.

“The health department has written them two certified letters,” Driver said. “We wrote one or two certified letters. We have been to court three times now. They have promised to (clean up) all the time, then three months ago we went to court, (Randy) hadn’t touched anything and the judge gave him three months to have it cleaned up or he’d get a suspended sentence of 30 days in jail. He went back to court last night and he hadn’t touched anything. He is defying the court, so they put (Randy) in jail.”

Odean, as the property owner, received the same sentence. 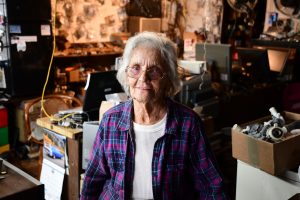 Odean Cleckler, who owns the property Cleckler’s Appliances & Parts is located at, was released from jail during the morning hours of Dec. 12. (J.R. TIDWELL/ADVERTISER)

Driver said he found out about the arrests at 10 p.m. on Dec. 11. He said he contacted the judge “first thing” the morning of Dec. 12 to ask that Odean Cleckler’s sentence be forgiven.

“I got to work before 7 o’clock this morning,” Driver said. “He called me back about 9 a.m. Through me pleading with him and his graciousness, he let Mrs. Cleckler out.”

Driver said Clanton building inspector Gene Martin had been handling the case. Clanton’s new codes enforcement officer, Jay Edwards, has also been working on the case since he took up the position in late April.

He said the case against the Clecklers and their failure to comply with the city ordinance had to do with the “abundance of debris” found on the property that is causing “health concerns.”

“It was a breeding ground for mosquitoes, snakes and rats,” Edwards said. “It became unhealthy for the public. There is more to it than just what you can see at the road.”

Edwards said authorities with the city have been trying to work with the Clecklers on the situation. He has aerial photos taken over the property from both June and this month showing many appliances around the property. 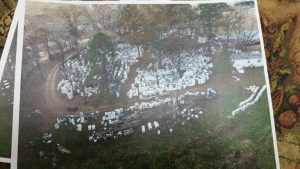 This aerial photo, taken by city authorities earlier this month, shows the state of the property in and around Cleckler’s Appliances & Parts. (J.R. TIDWELL/ADVERTISER)

Odean Cleckler said that her son Randy is planning on building a shed or some other similar structure to house some of the “better washers and dryers” in.

Cleckler’s has been in Clanton for over 50 years, and the business has accumulated a lot of appliances housed on the property during that time.

Odean said that she and her son are not trying to break the law and have made an attempt to clean up around the property.

“But we have to get around to it; It takes time,” she said.

“I understand myself,” she said of the city’s court proceedings. “I get onto Randy. I tell him he needs to do so and so. We keep doing a little along, but you can’t hardly do it real quick unless you back a big ole truck, throw everything on there and take it to the dump.”

Odean said Randy has been working with appliances since he was in high school, and the reason the business has so many appliances is to be able to sell parts to customers whenever they need them.

“We have had this business, and we love our customers,” she said. “I think a bunch of them love us and appreciate us taking the parts and telling them how to fix their appliances or us fixing them. It saves them a heck of a lot of money, and it makes us a little money.

“A lot of the old appliances are better. Just about everybody who walks through that door says they don’t like the new appliances. They tear up, it costs a lot of money to fix them and can’t just anybody fix them. Well, Randy can.”

Odean said that she was surprised when she and her son were arrested and sentenced to jail time.

“I didn’t think they would be that stupid,” she said. “We were doing some, but not enough to satisfy (the city).”

She said she slept in a chair during her lone night in jail.

Randy is still in the Chilton County Jail for the remainder of his sentence. Odean said she and her family will continue trying to clean up around the property.

An outpouring of support from many members of the community who know Randy and Odean came in the morning of Dec. 12.

“A lot of people have come and let me know how they feel, and that was worth a lot,” she said. “That shows we’ve been good to people.”

She also said that God would take care of herself and her family.