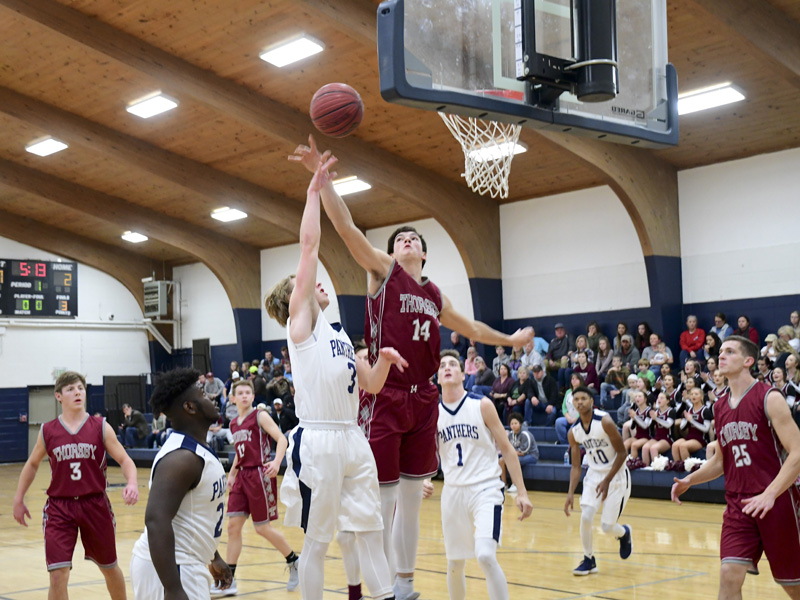 Sawyer Sellers (No. 14) of Thorsby defends the rim against a shot by Jemison’s Heath Edge. (Photo by Anthony Richards)

“Our confidence is growing with every win,” Thorsby senior Christian Fortner said. “If we keep playing like this, we should be alright.”

Fortner led all scorers with 27 points to go with seven rebounds and five blocked shots.

It was also another double-double outing for THS sophomore Sawyer Sellers, who finished with 12 points and 11 rebounds.

According to Sellers, he feels more confident playing in year two at the varsity level.

“When you go out their [on the court], you just know what you have to do,” Sellers said. 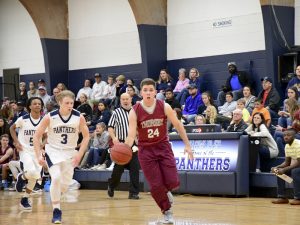 Sawyer Sellers (No. 14) of Thorsby defends the rim against a shot by Jemison’s Heath Edge. (Photo by Anthony Richards)

That confidence is also evident among his teammates.

“He’s getting a lot more aggressive and stronger, so that he can play inside or hop out and shoot the three,” Fortner said. “He’s a double threat.”

Thorsby hit eight 3-pointers in the game compared to just one for Jemison.

Cole Farris joined Fortner and Sellers in double figures with 10 points off the bench.

Nathan Johns was a bright spot offensively for the Panthers (0-7). He tallied 17 points, 11 of which came in the third quarter.

Johns found a majority of his success driving to the basket and showed a focus to finish even when contact was initiated.

The Rebels seem to have found their groove after winning the past three games against Isabella, Billingsley and Jemison by an average of 44 points.

“The first couple of games we were a little bit rusty and we just needed some more time to jell together as a team,” Fortner said. “We’ve been fixing the basics and getting back into basketball mode from football mode.”