No action could be taken until the next voting session, but the conversation is expected to be the plan the council follows.

Mayor W.C. Hayes said a possible 3 percent increase for all employees had not been a popular idea with some of the council members.

“If you look at … flat rate employees, I feel like their salaries are OK for right now,” Council member Shelia Haigler said.

She said she did not want give increases for all employees because some of the town’s employees had not been working for a year yet. These employees are still receiving a 25-cent increase in pay every three months. These increases end when an employee has been on the job for a year.

“I think every time we get ready for raises we ought to sit down and look at each one,” Haigler said.

She commented that department heads should also give input before a decision is made.

Council members agreed that flat-rate employees should not get a percentage increase in pay until after they had been in their position for a year.

Council member Patty Crocker recommended the town implement an evaluation system to determine who receives a raise and who does not. This way, she said, those that are actually doing “above standards” work get the raise, while those who are doing below the standard do not.

A sample evaluation was presented by Police Chief Todd Ingram. He said the evaluation would be completed every three months. The evaluation is expected to be on the agenda for a vote at the council’s voting session in March.

Council members discussed what would impact their decision on specific employees and how they might vote.

Paying the town’s attorney more per month was also discussed. Hayes said he often does extra work and does not bill the town.

Also during the meeting, Haigler expressed concern to the police chief about cars parking in the wrong direction along the road.

Haigler said it was a safety concern and needed to be addressed. Ingram said a town parking ticket and fees needed to be approved by the council. Haigler suggested warnings be used at first. Ingram and court clerk Cindy Brown will likely meet before the voting session to prepare a form to recommend. 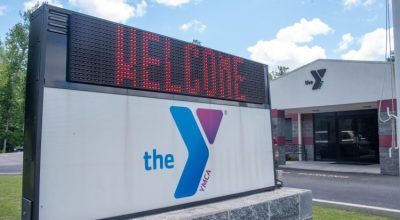 CFD to get new pickup truck