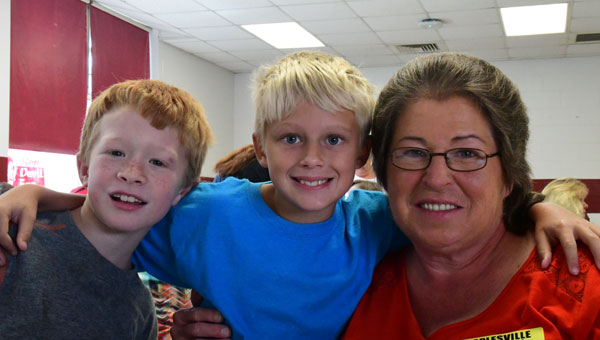 Maplesville High School had its annual celebration of Grandparents Day on Friday, Sept. 7.

The school invited grandparents of elementary through high school students to come to the school and eat lunch with the students and then, for the younger students, visit their classrooms for activities. Some grandparents even joined their students in P.E. and played games with them.

Harrison estimated 120 grandparents came to the school Friday to celebrate with their grandchildren. She said this is the eighth year they’ve done this, and that she believes it is important for parents and grandparents to be involved in their child or grandchild’s education.

Clanton Elementary School has held a celebration of Grandparents Day similar to Maplesville’s for many years. This year the school had an estimated 800 grandparents come through to celebrate.

Many may not know that Grandparents Day is a national holiday, just like Mothers Day or Fathers Day. Marian McQuade is credited as the founder of National Grandparents Day. Her campaign to honor grandparents began in 1970 and succeeded in 1978 when then-president Jimmy Carter proclaimed that the holiday would be celebrated on the first Sunday after Labor Day each year. Now Chilton County schools join the nation in honoring grandparents on this special day.

“It was a very busy day, but a very wonderful day,” said Rebecca Threlkeld, principal of Clanton Elementary School. “Our grandparents are always very grateful and very supportive of our school.”

Thorsby and Verbena also had Grandparents Day celebrations on Sept. 9. Jemison Elementary will celebrate on Sept. 23. 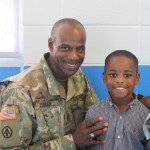 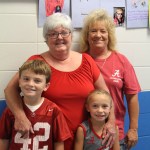 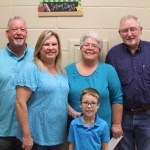 Bryson Barrett, a first grader at CES, and Grandparents Randy and Pat Ellison and Pauline and Richard Barrett. (Contributed) 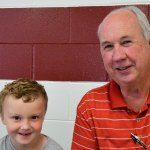 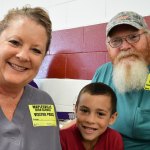