The annual Peach Pageant hosted by the Lion’s Club has been held at the Chilton County High School auditorium for over 53 years.

Many young ladies of various ages participate in this two-week event culminating with several Peach Queens being crowned. 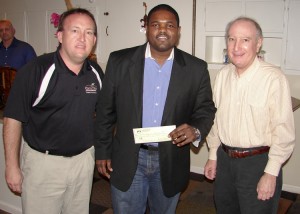 This donation increased the amount raised for the Save-a-Seat campaign to $101,268.

The Save-a-Seat campaign was initiated in March 2015 to refurbish the seats in the CCHS auditorium.

With 1,046 seats, the auditorium has served the school and community for over 53 years but is now in need of repair.

Since 2016 marks the 100th birthday of CCHS, the school strives to have this project completed.

CCHS still needs alumni and friends to donate $43,080 to reach the total needed for this project. There will be a Centennial Celebration on April 8.

This dinner, auction, and entertainment will also assist in raising the funds needed to complete the auditorium seat restoration.

Any donations can be made online or sent directly to CCHS.

Join the Lion’s Club and other generous donors in contributing to the Save- a-Seat campaign.