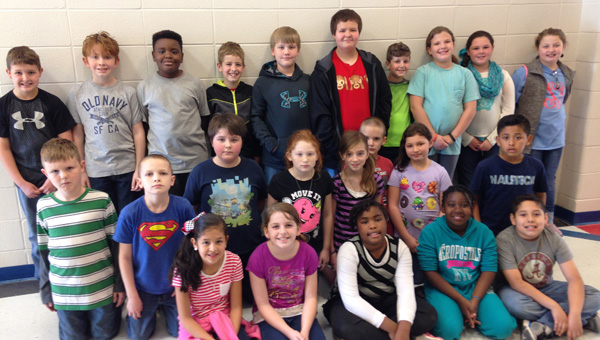 Lisa Russell’s fourth grade class at Clanton Intermediate School was so moved by the story of a gorilla kept in captivity at a mall that they had to learn more.

Ivan was a western lowland gorilla born in what is now the Democratic Republic of Congo. He was captured from the wild as a baby and brought to the United States, eventually being kept in a 40 feet-by-40 feet concrete enclosure on display to the public at the B&I Shopping Center in Tacoma, Wash., where he spent 27 years of his life.

Russell’s class read The One and Only Ivan, a book by K.A. Applegate inspired by the life of Ivan. The book is mostly fictional though aspects of the plot are similar to Ivan’s life.

“It has elements of love and hope—that’s why the kids got so attached to the story,” Russell said. “They just fell in love with it, so we decided to do more.”

Twenty-three students researched gorillas, Ivan’s home and his story, and presented the information in the school lobby with posters, models and other visuals.

On March 2, parents, school administrators and others were invited to walk through the presentations, with Russell’s students waiting to tell them what they had learned.

“They did an awesome job,” Russell said.

“All he had to play with was a tire and a water bowl,” Allen said. 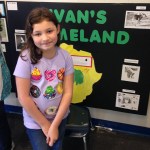 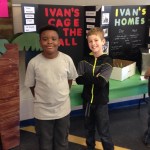 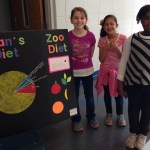