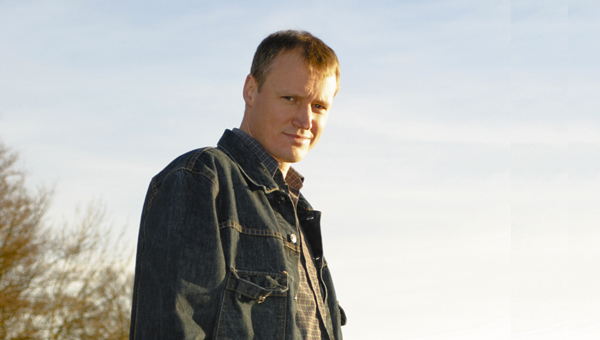 Jim Malcolm is a Scottish singer, songwriter and entertainer (JIMMALCOLM.COM)

Known as “one of the finest singers in Scotland in any style,” Malcolm is highly regarded as an interpreter of the songs of 18th century poet and lyricist Robert Burns.

Malcolm travels the world with his guitar, harmonicas and engaging wit, singing the traditional songs of Scotland and his own songs in a style that has been described as “modern and accessible, yet utterly authentic.”

“We were just very fortunate to catch him,” said Ola Taylor, board member for Chestnut Creek Heritage Chapel. “He makes a swing through the U.S. every November. He likes Alabama.”

A friend of Taylor’s, Diana Hiott, introduced her to the singer and his work recently. Taylor compares him to artists such as James Taylor and Simon and Garfunkel. His concerts are typically two hours in length with a 20-minute intermission, and include both music and comedy.

“He even has one song called ‘Down in Alabam.’ He talks about grits and turnip greens,” Taylor said.

Admission will be a donation at the door. Any excess of the artist’s fee will go toward the chapel’s roofing fund.

Chestnut Creek Heritage Chapel is located off County Road 24 in the Cooper community, near the present-day Chestnut Creek Baptist Church.

With family roots in Perthshire and Strathclyde, Jim has been a professional musician since graduating from Edinburgh University. His first arena was the folk music scene in Scotland, where he gigged in almost every town and isle from Berwick to Benbecula and from Stranraer to Lerwick. Working solo or in various bands and combos in far-flung pubs, hotels and clubs toughened him up for a future life on the road.

Solo tours in England, Ireland, Denmark and Germany followed, including musical adventures in some off-the-charts places like Uganda.

He was lead singer of Scottish band Old Blind Dogs for seven years, touring extensively throughout Europe and North America and playing at many of the biggest folk festivals.

In 2004, Jim was songwriter of the year in the Scots Trad Music Awards, and he has been nominated three times for Scots Singer of the Year.

Jim plays expressive guitar in mainly DADGAD tuning, and simultaneously plays tunes on harmonicas to a standard you’ll seldom hear elsewhere. “Given the right song, he’ll melt you in your seat,” as one critic wrote.

His concerts are always highly entertaining, peppered with funny stories and observations, in the great tradition of Scottish artists through the ages.