A Jemison man was arrested Monday night after allegedly robbing a Montevallo bank earlier in the day. 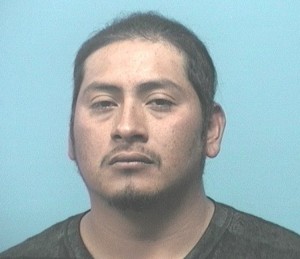 Jose Antonio Bernal-Moreno, 30, faces charges of first-degree robbery, first-degree property theft and fleeing or attempting to elude a law enforcement officer, according to a Facebook post from the Montevallo Police Department.

Moreno allegedly robbed Trustmark Bank at 835 Main St. in Montevallo at 12:06 p.m. of an “undisclosed amount of money,” the post said.

Montevallo police officers located and pursued Moreno, but lost sight of his vehicle on Highway 139 in Bibb County.

Moreno was taken into custody in Jemison, according to Fulmer.

“He said he had a gun, but he did not show one,” Littleton said.

The robber allegedly exited through the rear of the bank on foot. He was gone by the time police arrived at the scene, Littleton said.

No one was injured in the robbery.

“Tips made to the police department greatly aided in determining the suspect’s identity,” the post said. “We appreciate the continuous support and assistance from our citizens to help make our community safer.”

As of Nov. 3, formal charges against Moreno had not been filed.