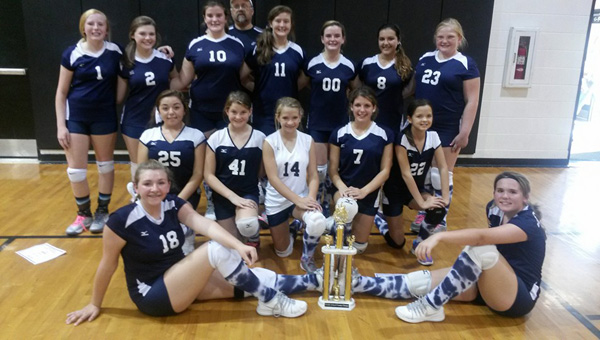 By Pam Marcus | Special to the Advertiser 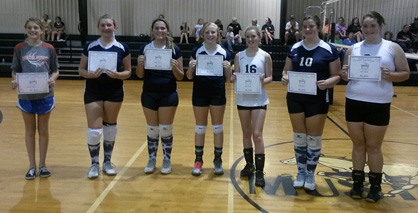 Caroline Crowson from Jemison was named the tournament’s Most Valuable Player.

The first game went back and forth, with the teams never more than a few points apart.

The Rebels pulled out in front in the second set, leading by as many as 12 points.

Jemison fought back to within two points of the lead at 24-23.

Thorsby held on to win 25-23 and advance to the championship game against the winner between Chilton County High School and Isabella.

Isabella came out with a bang, and before you knew it, the score was 13-2.

Isabella lost serve, and the next server pushed the score to 19-6.

The Mustangs won the second set, 25-13, putting out Chilton and advancing Isabella to the championship match against Thorsby.

Isabella pulled out to a 14-4 lead before the Rebels fought back to 19-12, but they could not pull any closer.

Isabella’s Aleah Kiefer was named the Most Valuable Player.

Synia Chattman had five kills and three blocks for Isabella, while Jayda Jones had nine kills and one ace.

The Mustangs have a 22-7 record and are ranked sixth in the state.

Through seven weeks of the high school football season, perhaps the most interesting region race for local fans can be... read more