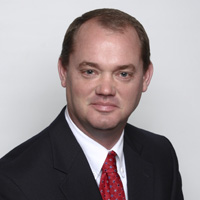 I grew up in Stanton and graduated with a business administration degree from the University of Alabama. I attend the First United Methodist church of Clanton. I am married to Jodi Parnell and have two children, Jack and Jenna. I work at Parnell Inc., a family-owned and operated business.

Personally, I’ve lost my brother-in-law to brain cancer, my dad has recently completed his second round of treatments for prostate cancer, and I witnessed an employee’s daily battle to defeat breast cancer.

I hate cancer and the pain and devastation that it causes and would love to eradicate the disease from the face of the earth. 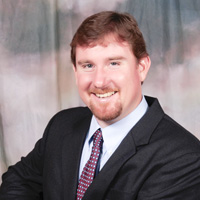 My mother, father, sister, grandfather, aunt and uncle have all been affected by this disease we call cancer. This is the reason I wanted to get involved!

Yes, my family has been hit hard by this disease, but sadly I am not a rarity. Seldom can you find someone who cancer has not affected, either themselves or someone they love.

The American Cancer Society provided lodging for my dad through the Hope Lodge at Birmingham while he was taking treatments every day for seven weeks. ACS provided hope and love in the form of, ready-made‚ hair for my sister during her chemo treatments.

I am blessed to be married to my wonderful wife of 12 years, Renee. I also am thankful to work within our family business, Reynolds Wood Products, where we have served the public since 1952 with all of their forestry needs. I am so very privileged to serve as bi-vocational pastor of Randolph Baptist Church, where God is doing awesome things! 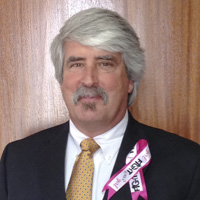 I am a circuit judge for the 19th Judicial Circuit. I am a graduate of Chilton County High School Class of 1974. I received my bachelor of science degree in commerce (1978) and juris doctor (1982) from the University of Alabama.

I married Rhonda Littleton Reynolds in 1981. We have two children: Mary Beth Wyatt and Mac Reynolds. I also have one grandson, Reynolds Wyatt.

I Relay because I lost one in-law to pancreatic cancer and my wife is a cancer survivor. I also Relay for several friends that currently suffer or have suffered from this disease.