Billingsley runs away from Mustangs 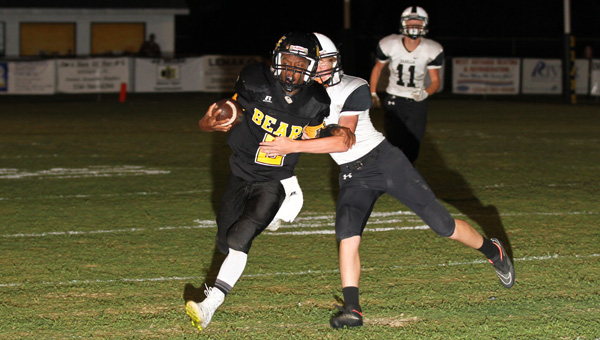 On the run: Billingsley’s James Woods runs for some of his 43 yards in Friday’s win over Isabella. (Photos by Brandon Sumrall)

A 45-29 win on Friday night over the visiting Isabella Mustangs made for a happy homecoming for the Billingsley Bears.

The Mustangs (1-5 overall, 0-3 region) were the first team on the board as they took the opening drive 70 yards for a score thanks to a roughing the kicker call against the Bears on fourth-and-eight from their own 44-yard line. 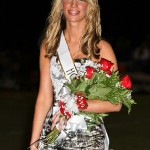 James Woods accounted for the next Billingsley points on a 92-yard punt return to put the Bears up 14-7.

An eight-yard touchdown run by Woods with 4:29 to play in the first half and another with just 37 seconds left sent Billingsley to the locker room with a 42-7 halftime lead.

After a quick three-and-out by the Bears’ offense to start the second half, the Mustangs took over for their first drive of the half at their own 12.

Two plays later, a pass from Jaqarise Stacy fell into the hands of Landon Reed to set up Billingsley at the Isabella 15.

The Bears’ drive stalled at the two, and a field goal attempt by Rios Cebellos sailed through the uprights to make the score 45-7 late in the third.

Stacy picked up his second score of the night on the Mustangs’ next drive to make the score 45-21 with 5:55 to play.

A quick three-and-out by the Billingsley offense set up the Mustangs at their own 36, and Stacy capped off the drive with a one-yard touchdown carry to make the score 45-29 with 2:01 to play.

The ensuing onside kick fell into the hands of the Bears, and two plays later the clock struck zero to give the Billingsley an important region win.

“Anytime you can get a region win, it is a good win,” Billingsley coach Tyson McLean said. “We got to play a lot of people, and that is a good thing.”

Dunnigan lead the Bears’ rushing attack with 106 yards and two touchdowns on 11 carries.

Woods went 4-for-4 through the air for 53 yards and a touchdown, and added 43 yards and three touchdowns on the ground.

Stacy lead the Mustangs’ offense on the ground and through the air with three completions in nine attempts for 61 yards and a touchdown, and added 110 yards on 27 carries and three touchdowns on the ground.

Izzy Brickley was crowned the school’s homecoming queen at the game.

Panthers shut out by Helena