After covering a multitude of public meetings in 2014, it seemed the desire of many in Chilton County was to create a more “positive” image of the community.

I heard from multiple individuals requesting I try to locate the good news in the community and write about that.

Although it isn’t necessarily hard to locate positive news, it just sometimes comes in different forms and at the times you aren’t really searching for it.

This past Monday night, the Chilton County Commission hosted a public hearing to discuss a proposed “leash law” ordinance that could affect county residents who own pets—most specifically, dogs.

I knew the public hearing had the potential of being a heated meeting due to the conversations leading up to the gathering from many individuals around town who were either “in favor” or adamantly “opposed.”

I was also given advice to “arrive early” to locate a seat, with much anticipation that the commission room at the Chilton County Courthouse would be crowded.

The public hearing was scheduled to begin at 5 p.m. When I arrived at 4:30 p.m., I was greeted by an already packed room of concerned citizens who came prepared to address the commission with their thoughts.

People living in all areas of the county came to the hearing with the hope of being heard, and the belief that the elected officials sitting before them would listen.

Commission Chairman Allen Caton told more than 40 people who filled the room (with several individuals made to stand due to lack of seating) that each person would be given two minutes to speak. He asked everyone planning to address the commission to remain “orderly.”

Valid points were made by each side of the issue, and those who addressed the seven commissioners came with a care and concern for the area everyone calls home.

There was no decision made by the commission during the meeting, but Caton told everyone the comments made during the hearing would be taken into consideration when commissioners do meet to discuss the issue.

After the hearing, a woman commented to me that she was glad she spoke even though she is “not a public speaker.”

It doesn’t take a public speaker or an elected official, or even someone with a title, to speak up about a decision that will affect an entire community. It simply takes a voice.

The decision surrounding the “leash law” ordinance might not make everyone happy, or seem like a silly issue to some, but the fact that men and women of all ages and from different walks of life came together for one night to show a care for this community is pretty good news. 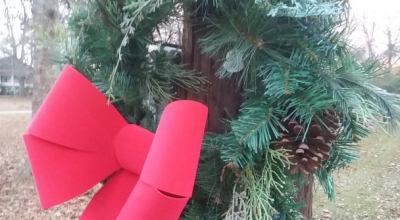 Wishing you a very Southern Christmas

More reasons to be proud of Chilton County