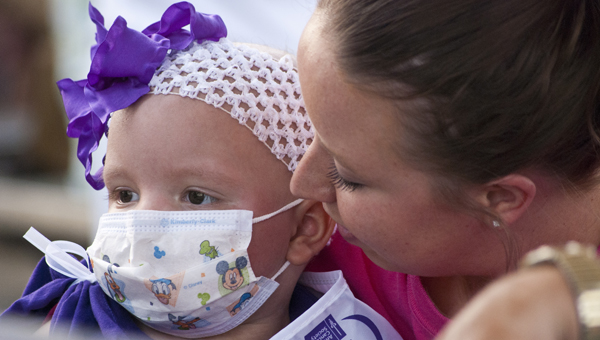 Shown are 2012 Chilton County Relay For Life Honorary Chairwoman Lilianna Thompson, and mom, Anna. The 2-year-old is currently battling acute myeloid leukemia. She made a surprise appearance Friday at Relay in what was an emotional moment.

Relay For Life inched closer to its 2012 fundraising goal Friday as the overnight event rolled on. 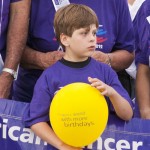 Brantley Hood, an 8-year-old from Jemison, participates in the Survivors’ Lap. Hood has been in remission from leukemia since 2006. He is the son of Jerry Hood and Jennifer Hood.

Cancer survivors of all ages joined together for the Survivors’ Lap at 6:30. The event was made more special by a surprise appearance from honorary chairwoman Liliana Thompson, a 2-year-old currently being treated for leukemia. Liliana and her mother led the procession on a golf cart driven by fellow cancer survivor Jerry Grooms.

Activities continue through the 6 a.m. closing ceremony. Several awards will be given Saturday morning, including the top fundraising team and top teams by organization, church, business and school as well as the top individual fundraiser and top new team.

Check back for Relay’s final tally and award winners. 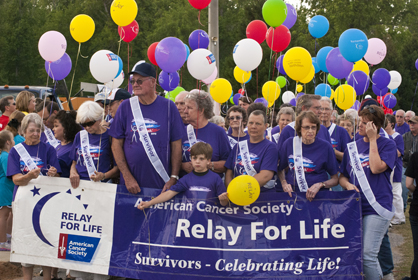