She was born Thursday, Feb. 24, 1921, in Dela-ware, daughter of the late Clarence Penley and the late Florence Penley.

She was a recreation manager with the city of Destin, Fla. 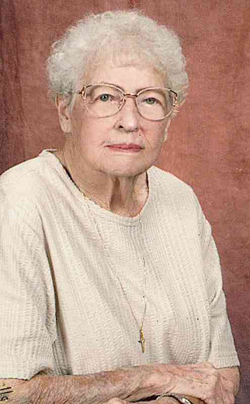 She was preceded in death by her husband, Alfred Okonczak.

Services were held Monday, May 16 at 10 a.m. at Martin Funeral Home Chapel with the Rev. Tom Hilyer and Father Bruce officiating.

You may leave online condolences on the guest registry for the family at martinfuneralhomeinc.com.