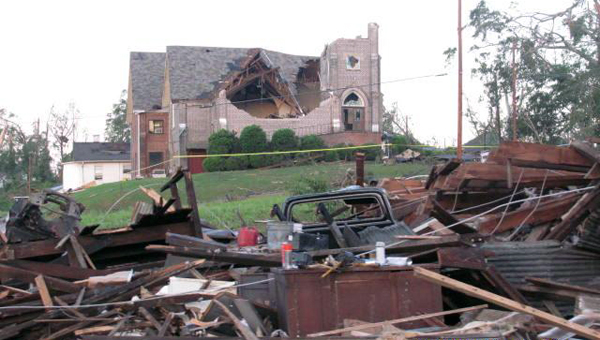 Tornado damage was widespread across the state after last week's storms.

Clanton Police Chief Brian Stilwell saw photographs of the aftermath of last week’s storms but didn’t comprehend the extent of the damage until visiting ravaged areas himself.

“You see so many pictures on TV, but it’s worse when you get over there,” Stilwell said.

That’s why Stilwell and other Clanton police officers and local rescue personnel have been willing to provide assistance to storm victims. 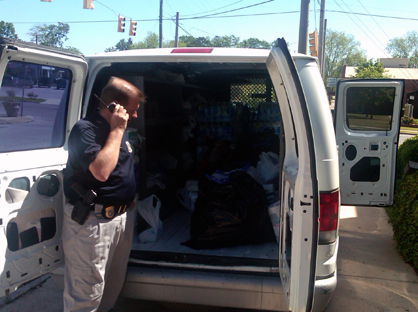 Clanton officers are still providing aid to Tuscaloosa and the Pratt City area in Birmingham, and they’ve also spent time in Boaz, Leeds and Cordova.

The officers work 14-hour shifts on scheduled off days and are compensated by either the Federal Emergency Management Agency or a utility company. They perform duties including providing escorts, closing roads, directing traffic and guarding donation sites.

“We don’t have the means to handle calls in Tuscaloosa, but we can take care of the minute stuff so the local people can handle searches and rescues and things like that,” Stilwell said.

Stilwell said original conversations were that help would be needed for one week—which would conclude Thursday—but now the consensus is that out-of-town officers might provide assistance for up to a month, albeit with a scaled down staff that wouldn’t put strain on out-of-town departments like Clanton.

The Clanton Police Department is also serving as a drop-off site for items people want to donate to tornado victims.

Stilwell said one truckload of items has already been carried to Cordova and that a second load would probably be taken Wednesday.

Items can be dropped off at the station any time. After hours, items can be left on the loading area behind the station because security cameras monitor the area, and officers will take the items inside as soon as possible.

The Chilton County Jail (the lobby is open from 7 a.m. to 8 p.m.) and Jemison Municipal Complex (8 a.m. to 4:30 p.m.) are also serving as donation collection sites.

Local EMA Director Bill Collum traveled to Walker County to help with relief logistics. After getting an idea of what was needed in the area, Collum contacted Chris Johnson with the Rescue Squad, which was able to provide several vehicles and about 10 people for the effort. 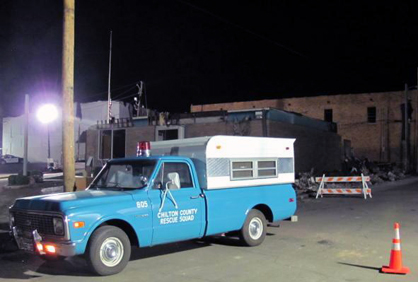 “It’s just unbelievable, the damage up there,” Collum said. “Everybody hears about Tuscaloosa, but there are also many small towns that are just devastated.

“It’s going to take a long time for recovery. There are sewer lines, gas lines just pulled up because trees were blown over and pulled up the lines with them. Downtown Cordova, I don’t know that there’s a single building that’s usable. I just don’t know where you start.”

The Rescue Squad carried generators and a light plant, and helped restore power at a gas station so residents could purchase fuel.

“They did a great job up there,” Collum said.

“It could be us one day—we could be the ones needing help,” he said.

Balloons released prior to Relay