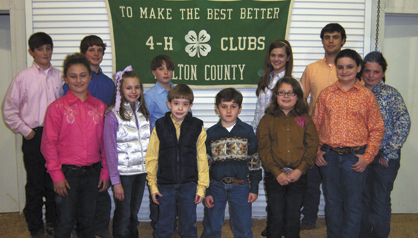 The scores were based on exhibitors’ attitudes and behavior; neatness of the exhibit; appearance of the animals on exhibit; eye appeal and county unity. Judging was around the clock, and the exhibitors had no way of knowing who the actual judges were so they had to be ready for surprise inspections in the barns at all times. At the same time, exhibitors were competing in their showmanship and cattle classes.

4H, FFA and Jr Cattlemen from all over the state participated in the competition.