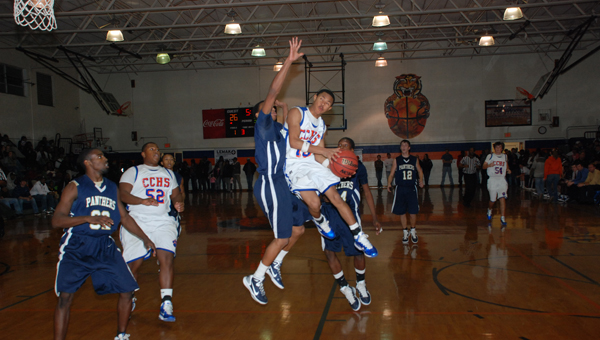 Chilton County blew by Jemison, 75-59, on Friday in the most anticipated game yet in the county basketball tournament.

CCHS is the eight-time defending champion and the tournament is being played on the Tigers’ home court, but at least some in attendance—which included packed bleachers and some fans watching the game from standing room only spots behind the baseline—thought Jemison had a legitimate shot to dethrone the champs.

But it was apparent early that CCHS would cruise to a win in the semifinal round.

CCHS will play Maplesville at 6:30 p.m. Saturday for the county championship.