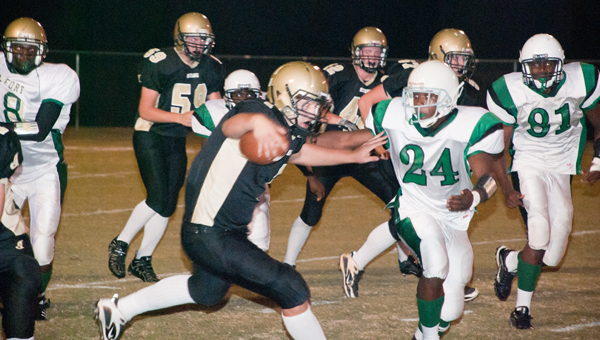 ISABELLA – As clichéd as it sounds, both teams were winners Friday in the Isabella and Central-Hayneville game.

Make no mistake, Isabella was clearly the better team on the football field and won 48-12. But earlier this week, the Lions weren’t sure if they would be able to play Friday at all.

Central’s field house burned down Tuesday, destroying all of the team’s uniforms, pads, helmets, footballs and other equipment. 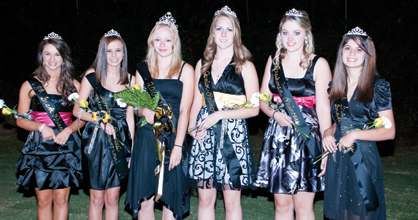 The team was only able to take the field after other schools donated jerseys and other supplies. The Lions all wore white Friday, with jerseys from multiple schools and helmets that ranged in color from blue to gold to white.

The game, which was also homecoming for Isabella, belonged solely to the Mustangs.

Edwards scored Isabella’s next touchdown via a 6-yard run that was followed by a 3-yard dash by Tyler Smith to put the Mustangs up 27-0.

Central did add two scores in the second half, but by then, the game was out of contention.

With the victory, Isabella picks up its first regional win this season. The Mustangs (3-3, 1-3 in Class 2A, Region 4) travel to Vincent in Shelby County next week for another regional match-up.