Mr. Rogers is the son of James Houston Rogers and Lilly Durbin Rogers, and a brother to Hugh Shirley Rogers; all preceded him in death.

Mr. Rogers was born in Jemison where he grew up and attended school grades 1-11. April 9, 1946, he enlisted at Maxwell Air Force Base at Montgomery and served three years. While in the service, he earned credits to complete his high school diploma. He returned to Jemison High School and received his diploma with high school sweetheart and wife, Pauline. They had married Feb. 6, 1948. 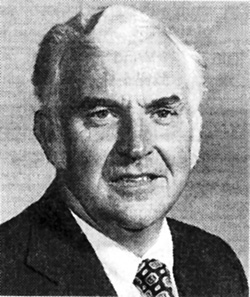 During his military service, John served three months as a private and then rose to sergeant for the remaining years in service.

After honorable discharge, John received his Bachelor of Science degree at Florence State Teacher College and his master of arts in education from the University of Alabama in Birmingham. He received a certificate of advanced study at UAB.

Mr. Rogers taught school for 30 years in Alabama. Those years in the classroom were in Cullman County and Tarrant City school systems. He loved his profession and enjoyed the years both as classroom teacher and coach. The year of 1959-1960 he was voted most outstanding teacher of the year and was presented a plaque by the Hamlick-Hubbard VFW Post no. 4494.

He was respected and loved by all who had the privilege of truly knowing him well.

He was a loving father and husband. He provided us with stability and guidance.

John and his wife had 62 wonderful years of marriage for which she is most thankful and highly blessed.