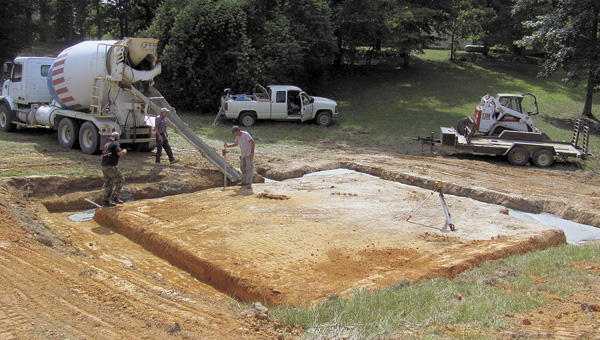 Work has begun on storm shelters at Union Grove (below) and East Chilton (above). The shelters are the last two to be built as part of a plan to have shelters located within a 10-minute drive of all county residents. Chilton County Emergency Management Agency Director Bill Collum said the Union Grove shelter could be completed in as few as two weeks. The East Chilton shelter, which will be underground, will take longer, he said.

The Union Grove shelter is being constructed above the ground and will be identical to the shelter in Maplesville. The East Chilton shelter, however, will be underground — located underneath the department’s new station.

A bid of $69,990 was approved for each shelter. Both structures are being funded through 75-percent grants. The county must provide the remaining 25 percent through site preparation.

Chilton County Emergency Management Agency Director Bill Collum said the Union Grove shelter would take about a month to complete, while the timeframe of the ECFD shelter will depend upon the construction of the new station.

“We may not open that [shelter] up until after the station is complete,” he said.

The EMA will enter into a contractual agreement with area fire departments, which will provide a list of individuals responsible for opening and closing the shelters during severe weather. Fire departments will also maintain and clean the facilities as needed. 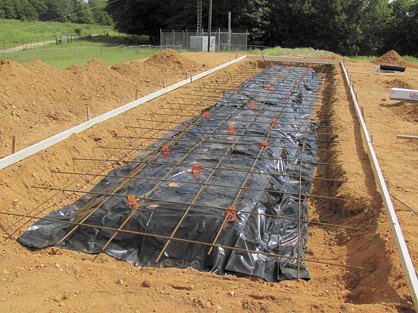 Collum said he was “grateful and blessed” that the county has been able to receive grants for the shelters, which will now be located within 10 minutes driving distance of anywhere in the county.

Approximately a quarter pound of marijuana and related drug paraphernalia was recovered during a drug arrest over Labor Day weekend.... read more